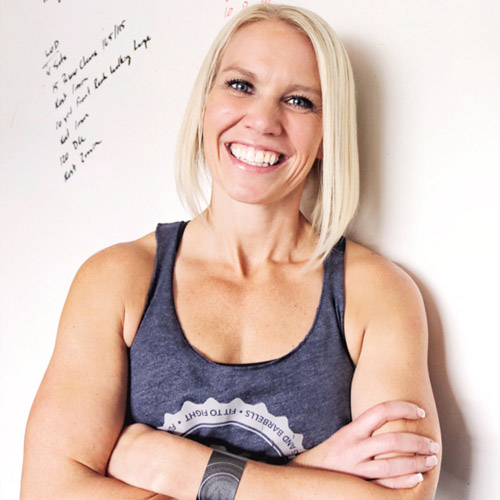 I was a competitive soccer player from the age of 4 through college. After my soccer career ended I was at a bit of a loss for what I wanted to do athletically after that. I was lifting and running a lot but I needed something to compete in. I missed having a reason to train and the feeling of putting it all out there to win.

I decided that I wanted to do a sprint triathlon. I have always been a good runner and a terrible swimmer! So it was a fun challenge. I bought a bike 5 days before my first race and just went for it. As I have gotten older I have adopted the slogan from Grant Cardone of “Commit first and figure it out later”. As I look back on my past I think I have always had that attitude I just never realized it.

My first race was fun. I was WAY toward the back of the pack once the swim was over, but I didn’t drown and I finished the swim so I was happy. However, once I hit the bike and the run I was passing people left and right. It was clear those were my strengths. I ended up finishing in the top 5% of all athletes and I was hooked. I competed for about 5 years doing triathlons. I decided to do a 1/2 Ironman. I am glad I did it, but the training was not good for my body and I had zero interest in swimming, biking or running after that.

Again, I was in need of something new. I had heard about Functional Fitness but didn’t know much about it and the sport was in it’s infancy. But in 2009 I was lucky enough to meet Brandon. He was doing Functional Fitness and started to coach me and explain the methodology of Functional Fitness to me. It was a HUGE learning curve as I had never done a clean, jerk or snatch (Not to mention MANY other movements). And I really hadn’t ever done much “real” squatting or deadlifting. I instantly feel in love with the challenge and the competitive nature of the training and sport.

My fitness career started in 1998 when I started teaching step aerobics at an all women’s gym. I became a personal trainer and started training in 2005. After 5 years of training I knew that my passion was to help others and Functional Fitness fell perfectly into that passion.

We opened Surge only a few months later and have been blessed to be gym owners since May of 2010. I can’t express how this decision has changed our lives forever.

When I started Functional Fitness my relationship with my body and my self image began to change drastically. I started to focus on what my body could do and not what it looked like. Now 7 years later, I am 40, I have two beautiful girls, and I am stronger, leaner, faster and fitter than ever. My goal is to help other women feel comfortable in their skin, no matter where they are in their journey toward health and fitness!

The last 7 years have been an incredible journey. We have been blessed with the most amazing members and friends and have seen so many lives change and blossom within our walls.

What I want everyone to understand is that Functional Fitness is for everyone, PLEASE don’t be intimidated by it or think that you are not fit enough to do it. Every workout can be scaled, and if you are a great athlete already, get ready to be pushed and excel!